The universe is messing with me today. You know how Facebook brings up old posts? Well Shutterfly does it with photos. The ones they served up to me today, were of my beautiful Trakehner gelding, Kronefust. He was already on my mind. Earlier this week I took photos at a hunt — the last territory […] 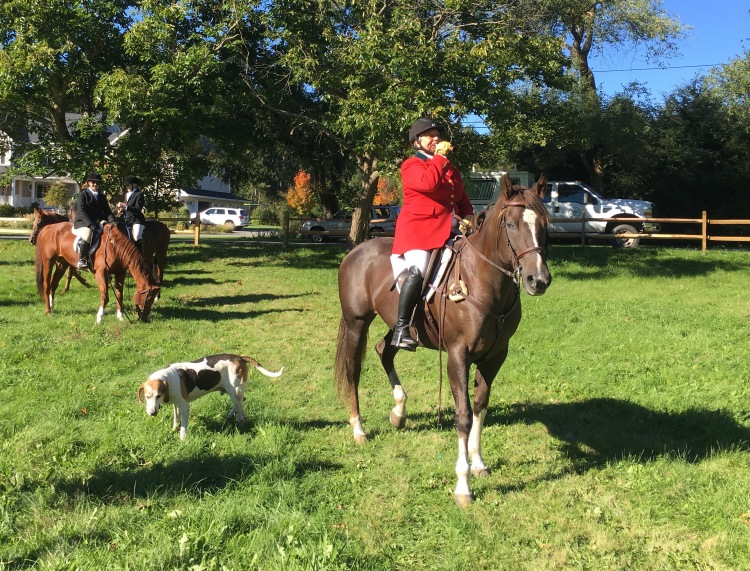 If you’ve never had the pleasure of listening to the hounds as they lock onto a scent and “give tongue,” then spend 75 seconds and watch the video above. Today was a fabulous day for hunting — crisp, clear and yesterday’s rain meant that the ground held the scent perfectly. Note: to people not familiar […] 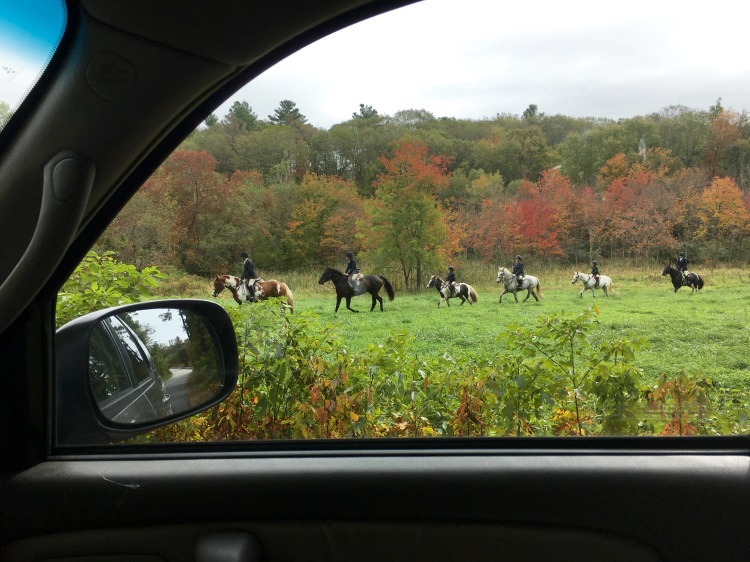 I may not yet be strong enough to foxhunt, but I don’t want to miss all the fun. So, today I followed the meet by car. This was a territory I’ve never ridden, and I will not deny the feelings of jealousy that streamed through me while watching, but I also enjoy taking pictures and […]

I haven’t had the chance to hunt much this fall, but Zelda and I managed to catch the last two Saturday hunts of the season. Last week the day was seasonably chilly and gray. Zelda was as brisk as the weather and her exuberance was hard to contain — I chose to ride sweep, bringing […]

A British huntswoman was filmed recently in a tussle with balaclava-masked hunt saboteurs. From what I can hear on the video, the saboteurs were on private land protesting the hunt (which, by the way, was a drag hunt not a live hunt). The hunter rode toward the man telling him to leave private land. In […]

The Blessing of the Hounds is a hunting tradition that was begun in Europe by St. Hubert of Liege, who later became the patron saint of hunters. It came to this country with the colonists. Our foxhunting club has seen several interpretations of this ancient practice, with the blessing performed by many denominations, including a […]

Sometimes I feel guilty about hunting on a Tuesday morning. Today, I wrestled with my conscience because there was work piling up. But after several days of rain, the beautiful day beckoned. I’m glad I rode under the big sky. Freedom felt good and we came back tired and relaxed. This hunt territory is one […]